Dogs require walking, which is good for humans.

Years ago a move from Virginia to Maryland meant spending a winter of transition time in the mountains. At the time, I could not wait to get on with life. Looking back, that season of waiting stands apart as one of the most memorable episodes of my life. Fluency in knitting became reality. 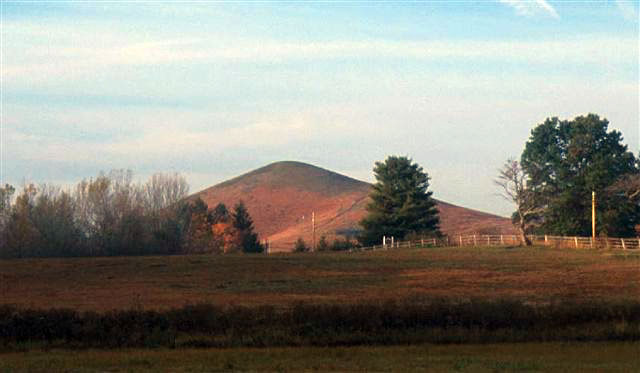 Geology there shaped my life. With one blurry television channel – the cable industry was in its infancy in those days and the mountains blocked most broadcast signals – tapes of old radio shows checked out from the library provided entertainment. Stacks of field guides for learning about the fossils and volcanoes that shaped the land on which I walked provided fodder for thinking while knitting. Audio books were discovered next and provided rich entertainment fueled by imagination – the fatter the plastic volume containing the tapes the better. Many pairs of mittens (knit flat) resulted. Back then circular knitting was a mystery beyond my skills. 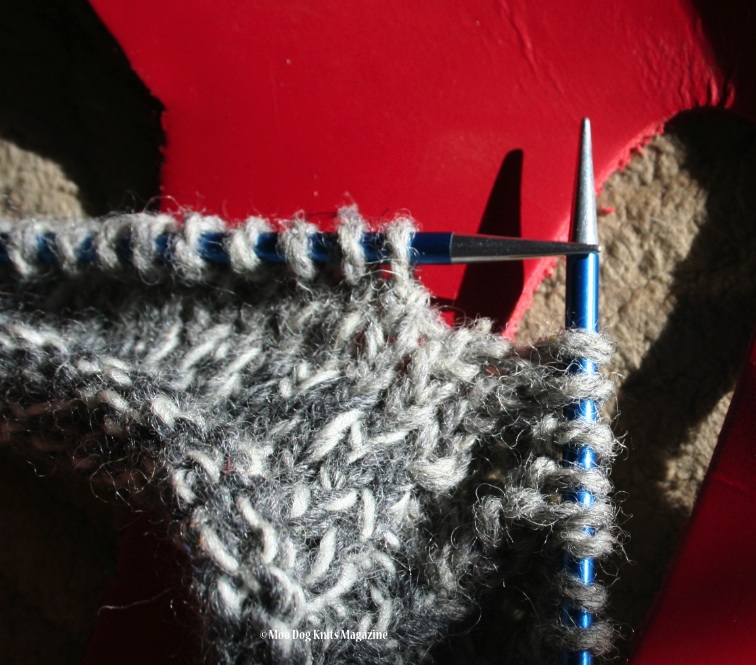 Daily walks accompanied by a feist terrier and a Border collie meant tramping across acres and acres of rolling hills and expansive pastures past curious beef cattle munching round rolls of hay. Sandwiches and apples were packed along but no cell phone since that technology did not exist.

There was so much to discover. A high meadow held a treasure of interesting lichens topped with what looked like tiny red hats. 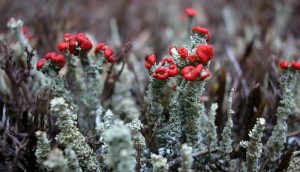 In a far corner of that same isolated field was a deflated balloon tangled up with string on which a weather-resistant note dangled. This proved to be a Girl Scout project released by a troop months earlier and many miles away – “if found, please write to me” and the address were on that tag. (Yes, a note was sent and a reply duly received.)