When I was very young the appearance of crocuses in a neighbor’s roadside garden seemed magic. Knitting to create something did too. So did rocks. 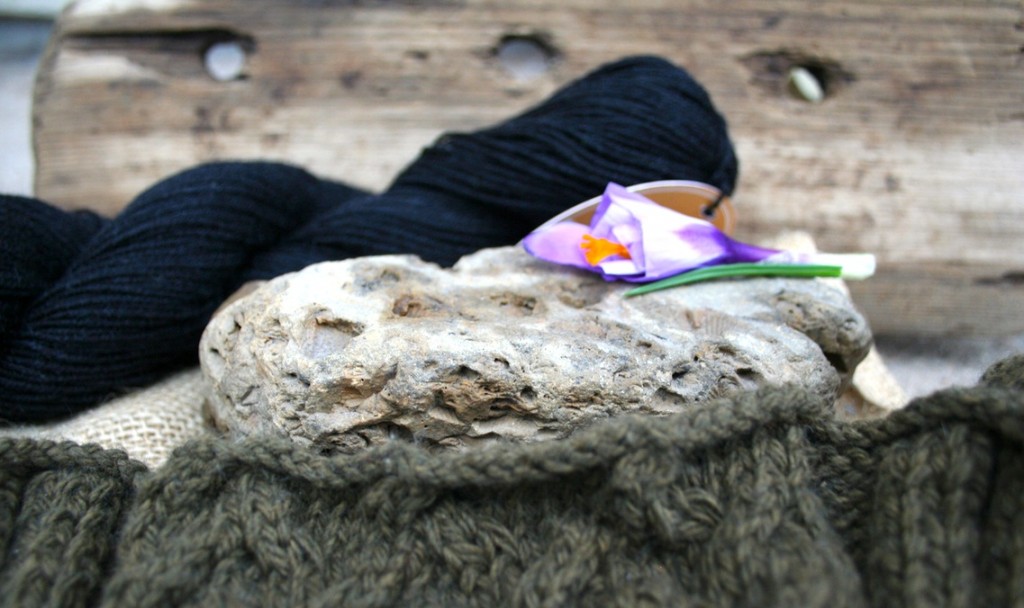 The chunk of fossil-filled stone seen above hails from southwestern Virginia. Found in a hundred-acre horse pasture with a backdrop of mountains, the action of a nearby stream revealed what appeared to be a sea shell. Upon bending over to pick it up, the “shell” was really a fossil. So what was a marine creature doing in the Catawba Valley so far from the ocean? Less than an hour from Roanoke, these life forms that may be found are more than 350 million years old, left as imprints in rock from an era when the land was part of a sea floor. Memories of finding brachiopods, nautiloids, trilobites surfaced in my own thoughts. How things come around and go around. 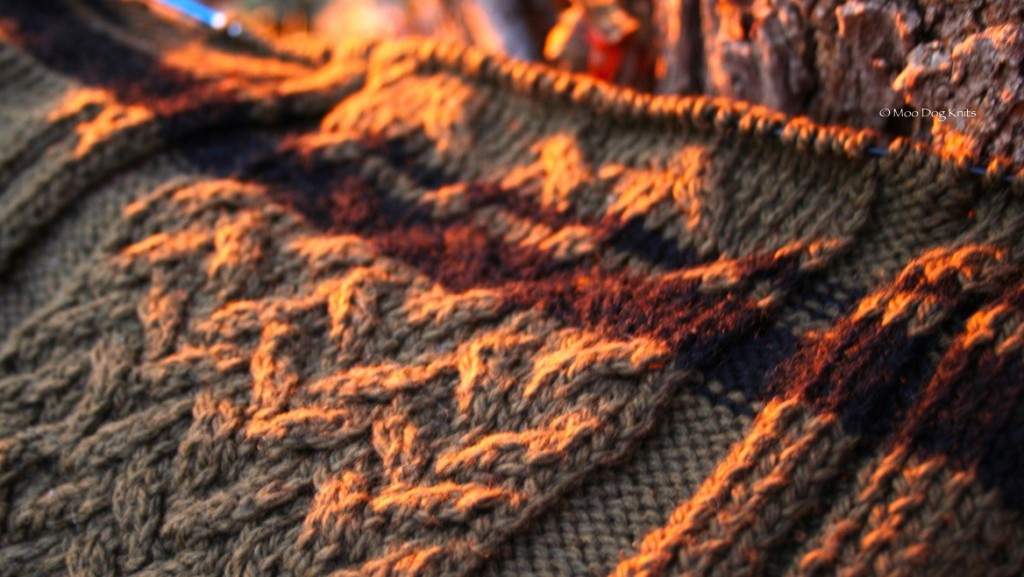 A recent spectacular sunset lit up the landscape and made a cable knit center panel of a work in progress simply glow. 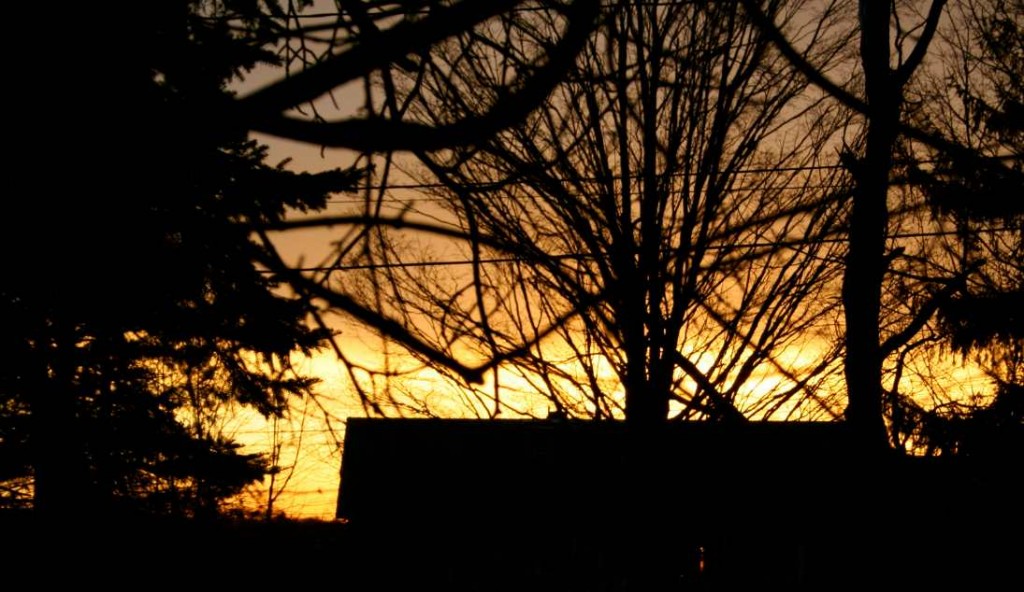 Then the light was gone. Like the remembered crocus and times past. A snowdrop was blooming near the doorstep despite a spring snow. 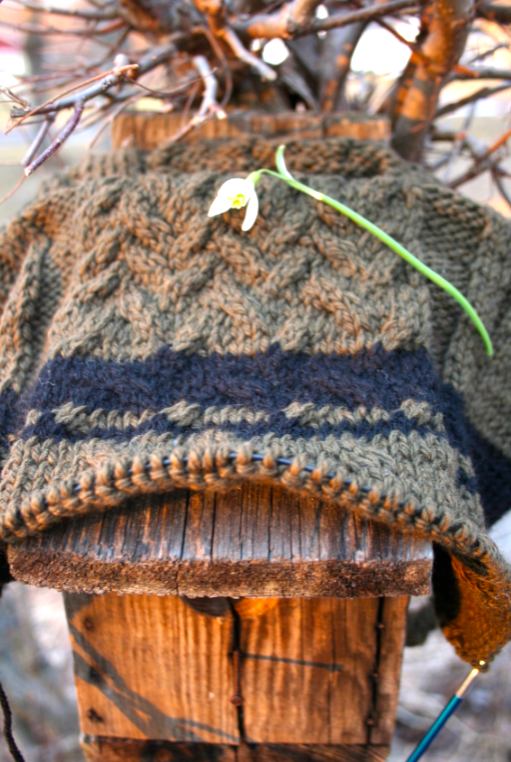 When stymied by a problem in knitting (as in life), it’s best to just leave it be and do something else. Rake the mud clods, pick up sticks. Watch a child explore the world on new legs he’s just mastered, roaming about wearing a warm knitted hat and a shearling vest over a knitted version underneath. 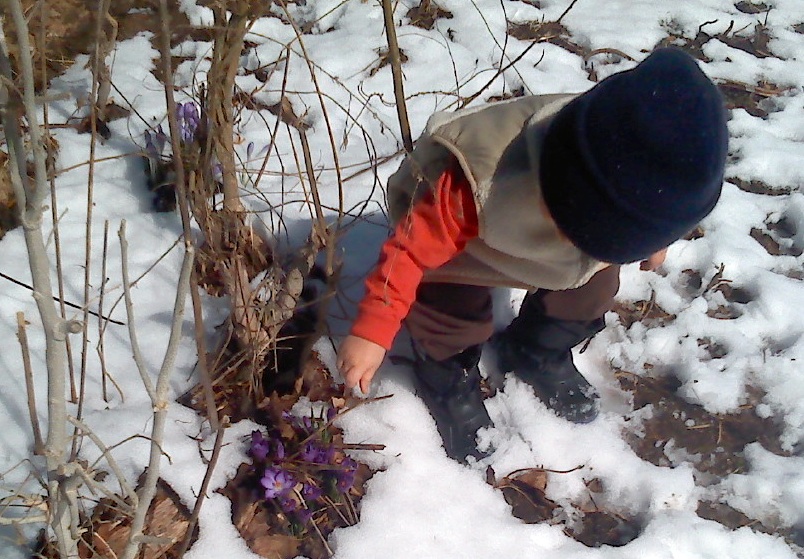 Frustrated with commercial patterns that resulted in too-small armholes, I wrote my own. Knitting dog sweaters to fit has allowed for experiments with shaping, sketching out center panels, inventing cables, combining stitch patterns. One day while holding up an unfinished dog sweater, I saw that the basic shape would translate easily to a child-size vest pattern. 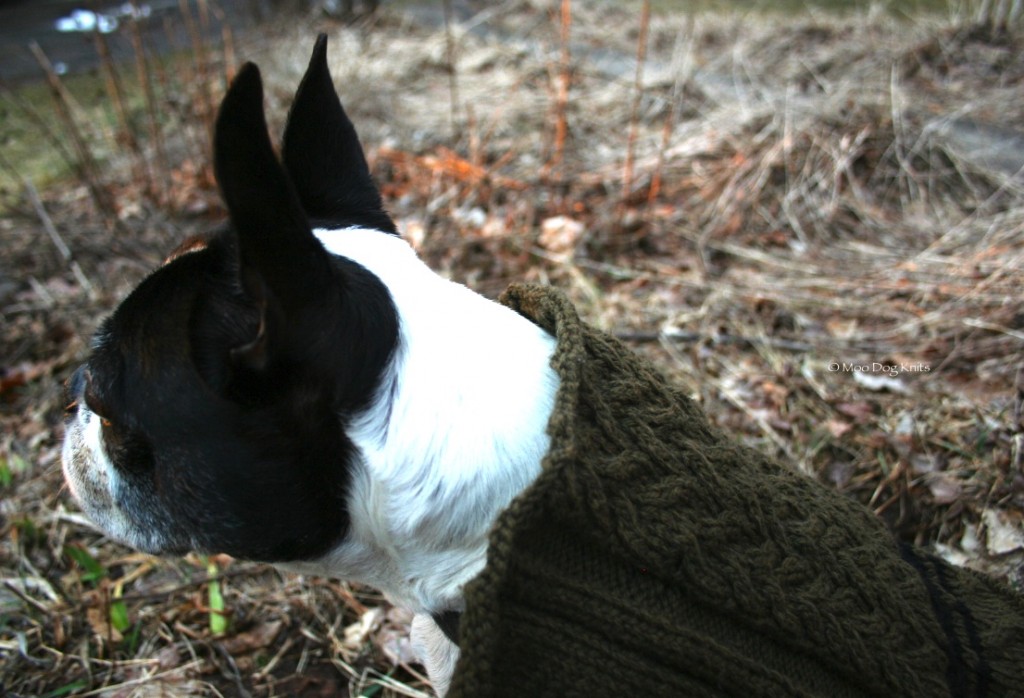 The thrill of discovery was akin to spotting that first fossil in the Virginia earth one spring so long ago.