“Vermont is a state I love.” So said President Calvin Coolidge who hailed from Plymouth Notch in the Green Mountain state. His wife, Grace Coolidge, had many interests that included knitting, baseball, books, flowers, listening to the radio, and crossword puzzles. 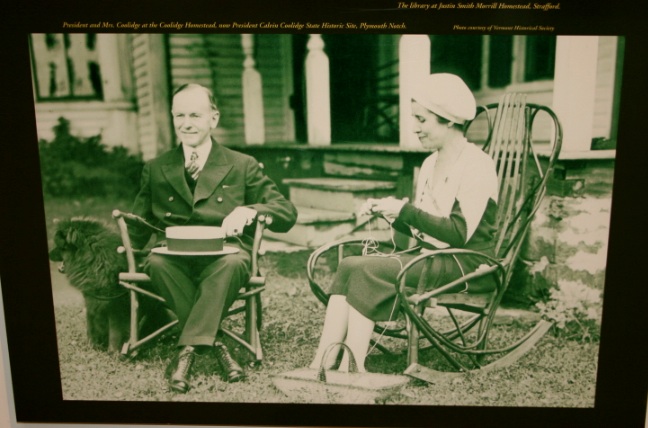 On a spring day, a drive north took little less than two hours, but is world’s away in open space and true mountains, fields covered with stubble from crops harvested last season and a surprising number of solar arrays. As the elevation rises, the it is like time travel as the progress of springtime recedes. 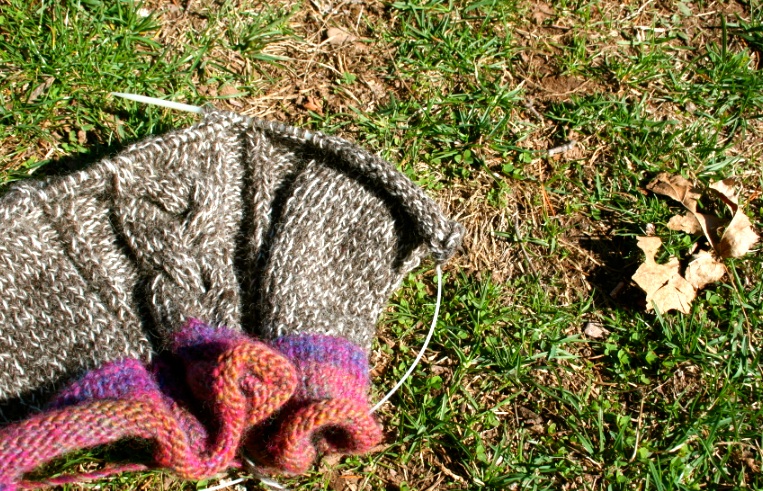 But first, a stop at the barn-inspired Guilford Vistor’s Center, which is open 24 hours a day, 7 days a week. Chock-full of maps and other helpful information as well as super clean facilities and a friendly staff, the grounds are well-designed and beautiful. According to the official site for Vermont, only entities doing business in Vermont are allowed to advertise in the Vermont Information Center sites – and 40 percent of all is dedicated free space. 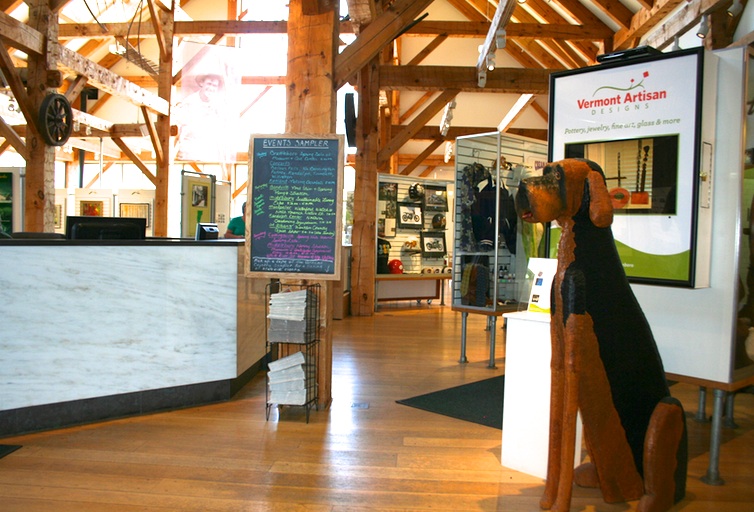 Along the interstate are signs for yarn shops including the Green Mountain Spinnery in Putney, WEBS in Northampton, Mass. As my knitting, family and dogs were along for the trip, the priority was to enjoy the journey. Destination? A grist mill and water wheel, located on the grounds of the Vermont Country Store in Rockingham, perfect for a tailgate picnic and later, a walk across the Victorian Village Covered Bridge. 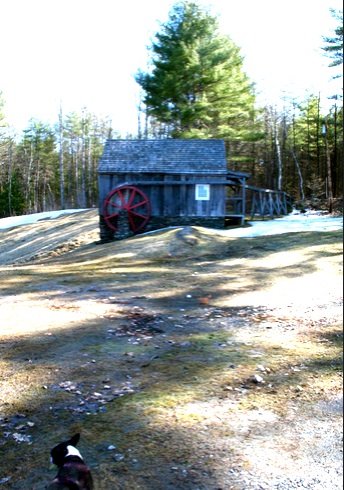 The Victorian Village Bridge span is 46 feet. Originally built in 1872, this bridge was dismantled and rebuilt in 1967, according to the Visit New England’s page about covered bridges in Vermont. A discreet square of printed information at the bridge entrance tells of the Vermont Covered Bridge Society, one of eight such groups listed on the National Society for the Preservation of Covered Bridges site. This is where I learned that despite what many people believe, Pennsylvania (not Vermont) has the most covered bridges with 213; Ohio ranks second with 148. A comprehensive list includes both authentic and non-authentic covered bridges by state. The grist mill was not in operation for the season yet. However, for those who walk to the front porch window, a step on a flat mat will activate a light inside so visitors may see a small model of how the machinery works. Ingenius.