Ice knits up the Coginchaug River, which flows north. Native people who lived in the region before Europeans ever knew of this land, get credit for the name, thought to mean great swamp. Much more likely, the word illustrates the bountiful low-lying meadows through which the waters travel. 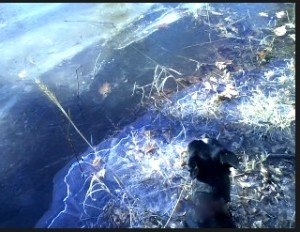 Human activity has lessened the teeming life in and around the watershed, but there is still so much to see. Miniature river deltas underfoot are frozen in time where recent heavy rain and snow melt have etched paths downhill. Deer and squirrels have left imprints too. Woodchucks are hibernating; a river otter sometimes makes a rare appearance. Recent temperatures seesaw; a daily walk must be short and to the point. Subzero with blasting wind one day, rain, ice, and wind the next. 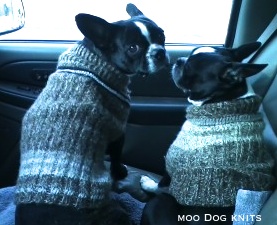 So much to knit into reality. One frustrating work in progress will not come off the needles. Unraveled a portion of the back, reworked the fit; the yarn is speaking but not clearly enough. Put it down. Switch to finishing off a couple of sweaters, a child-size vest. Time to let all simmer awhile. Knitting mirrors life.

“Some things are best mended by a break.”- Edith Wharton

Meanwhile, compile a list of destinations for a road trip or three: Stillmeadow, where Gladys Taber wrote, cooked, shared her life in a shelf full of beloved books, a magazine column. Her words still speak to readers (and collectors).

The Mount, former home of author Edith Wharton, and with time enough, a nearby sheep farm in the Berkshires. Louis Bromfield’s Malabar Farm, now an Ohio state park.

“Houses, like people, have personalities, and, like the personalities of people, they are partly molded by all that has happened to them.” – Louis Bromfield